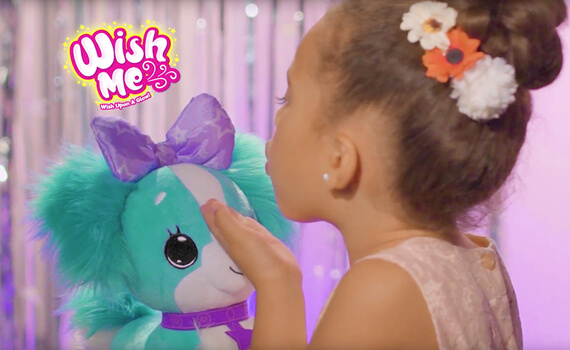 What makes a sticky jingle?

Repetunitis, Melodymania, Song Stuck Syndrome, the Jukebox Virus…there are many names for the phenomenon, but the experience is practically universal: a piece of music repeats again, and again, and again…but only in your mind.

Repetunitis can strike anyone, anywhere, at any time!

Once, in 1986, I unwittingly listened to a jingle for the store Easy Pickins, never suspecting that it’s “yeah-yeah-yeah” hook would live on in my mind FOREVER. Now, not a day goes by without a nod from this familiar stranger. What is going on up there??

Jingles are radio or tv advertising slogans set to a (hopefully) memorable melody. Jingles are written explicitly about a product. As long as the slogan is instantly catchy – and hard to forget there’s almost no limit to what advertisers can say in a jingle.

In the early 1930s radio was enjoying a golden age, but there were strict advertising rules. Direct advertising during prime-time hours was prohibited, so advertisers started using a clever loophole — the jingle. Jingles could mention a company or product’s name without explicitly selling that product.

A good jingle can do wonders for business — it can save a dying brand, introduce a new item to a broader audience and rejuvenate a product that has slipped from popularity. [Source: Faulkner]

So how does one go about inducing *ahem* Jingle Melodymania?

Experts agree, a song that typically “sticks” in the mind has a simple, upbeat melody, catchy, repetitive lyrics; and a surprise such as an extra beat or unusual rhythm. Top jingle-makers are song stylists adept at weaving together these crucial elements. For example, this simple, catchy tune for Wish Me caused the creative team at Hutton Miller to experience Song Stuck Syndrome weeks after the project’s completion.

While this may explain the art of creating a sticky jingle, there is science involved as well. Psychologists and neurologists who study the effects of music on the brain have found that some pop songs contain earworms: pleasantly melodic, easy-to-remember “hooks” that have the attributes of a typical jingle. Earworms, also known by their German name*, “ohrwurm,” are those tiny, 15- to 30-second pieces of music that you can’t get out of your head no matter how hard you try.

Earworms!! Seriously? Yes: undetectable, undeniable, unforgettable little worms go into your ears and cause, wait for it: Brain Itch. I know. You are wondering to yourself, “Can this concept possibly get any more DRTV-esque?” I think we’ve peaked, but read on…

“Earworms,” while not parasites, are parasitic in the sense that they get lodged in your head and cause a sort of “brain itch” — a need for the brain to fill in the gaps in a song’s rhythm. When we listen to a song, it triggers a part of the brain called the auditory cortex. Researchers at Dartmouth University found that when they played part of a familiar song to research subjects, the participants’ auditory cortex automatically filled in the rest — in other words, their brains kept “singing” long after the song had ended [source: Prokhorov].

The only way to “scratch” brain itch is to repeat the song over and over in your mind. Unfortunately, like with mosquito bites, the more you scratch the more you itch, and so on until you’re stuck in an unending song cycle. [Source: Faulkner]

So there you have it. Jingles at their peak are actually ear worms that cause brain itch in consumers suffering from the Jukebox Virus. (Don’t you love science?)

*The reader’s use of the term “ohrwurm” should be restricted to brain/sound conferences or when speaking German to avoid being perceived as pretentious and/or borderline insane.