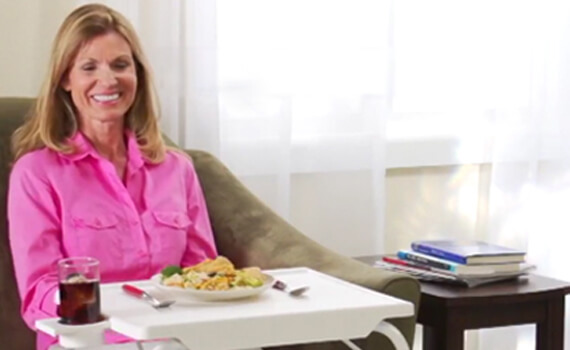 Two comedy geniuses, one genius invention – made for each other? Apparently so, as the ASOTV invention Table-Mate featured prominently in the Seinfeld-produced show Comedians in Cars Getting Coffee.

Table-Mate, a compact folding table for people living in small spaces is an important part of the evening ritual for these two comic luminaries.

Carl Reiner and Mel Brooks like to eat on Table-Mate while watching movies together – particularly movies where someone says “Secure the perimeter!” Seinfeld refers to the Table-Mates as “The Mel Brooks-Carl Reiner Tables.”

When asked whether he’d ordered them on TV, Carl’s response is unequivocal: “Yes, absolutely!”